Gerda Stevenson is an award-winning writer of drama, poetry, prose, and childrens stories. Her poetry and prose have been broadcast on radio and published widely in newspapers, literary magazines, anthologies and in her own poetry collections throughout Britain and abroad.

She regularly runs workshops with writers groups and in schools, through the Scottish Book Trusts Live Literature programme.

Her poetry collections, If This Were Real and QUINES: Poems in Tribute to Women of Scotland, and her stage play Federer Versus Murray are studied on the Contemporary Scottish Literature course at the University of Glasgow.

She has written extensively for BBC Radio, including her own original drama, and dramatisations of Scottish classic novels.

She is the recipient of writing bursaries from the Scottish Arts Council and Creative Scotland.

With the Pentlands Writers Group in 2005, she co-wrote, edited and directed a large-scale community play, Pentlands At War, supported by the National Lottery, the script of which was published in 2006 (Scottish Borders Council Arts Services).

Her stage play FEDERER VERSUS MURRAY, written and performed for Oran Mor, Glasgow, was shortlisted for the London Fringe Theatre Writing Awards, 2010, and produced by Assembly on the Edinburgh Fringe, 20011, where it was runner up for the EdinburghGuide.com & Scottish Arts Club award for Best Scottish Contribution to Drama on the Fringe. FEDERER VERSUS MURRAY toured to New York in 2012, as part of the Scottish Government's Scotland Week celebrations, and was published there by the prestigious American literary magazine, SALMAGUNDI. 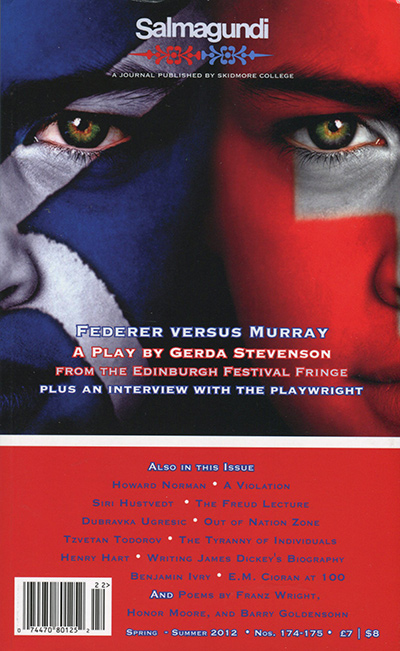 Her play SKELETON WUMMAN was staged at Oran Mor in 2014, touring to the Traverse, Edinburgh, and West Yorkshire Playhouse, Leeds.

In 2013, she won the YES Festival Poetry Challenge, and the Robert Tannahill Poetry Prize in 2017.

Gerda's first poetry collection IF THIS WERE REAL (Smokestack Books, 2013), was published in Rome by Edizioni Ensemble, 2017, in an Italian translation by Laura Maniero, entitled SE QUESTO FOSSE VERO. Also in 2017, her opera libretto, based on Coleridge's THE RIME OF THE ANCIENT MARINER, the score by composer Dee Isaacs, was commissioned and performed by the University of Edinburgh.

In 2018, her second poetry collection QUINES: Poems in tribute to women of Scotland, was published by Luath Press. 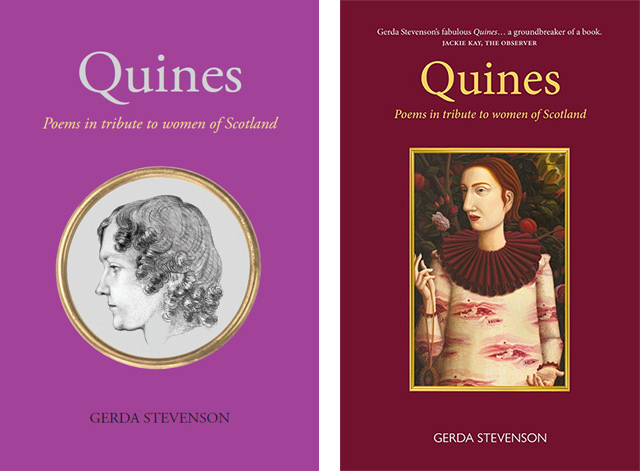 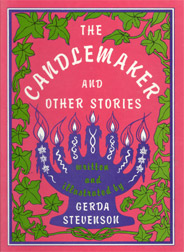 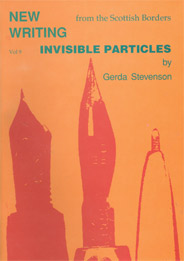 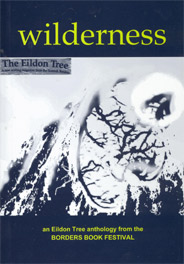 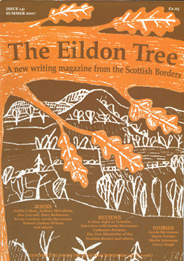 Time and Space
The full moon
pins us in its circle
as we meet
in the kitchen hallway,
each on some small
domestic mission.
I turn off the light,
the better to see us,
husband and wife,
held between walls
by the night’s pure beam,
the journey we’ve made
through decades
to this moment,
a mere blink
of that cold eye. 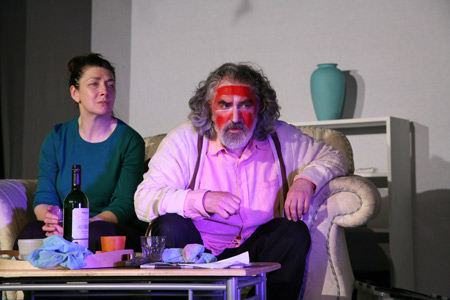 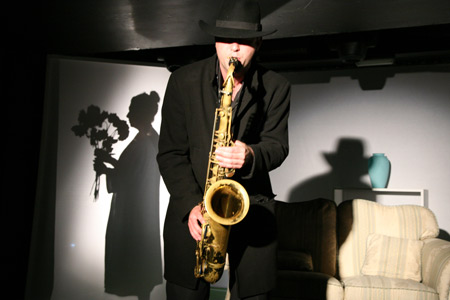 Inside & Out - the art of Christian Small

with an introduction and poems by Gerda Stevenson (also editor)
"One of the most beautiful books ever published in Scotland." The National
www.christiansmall.co.uk 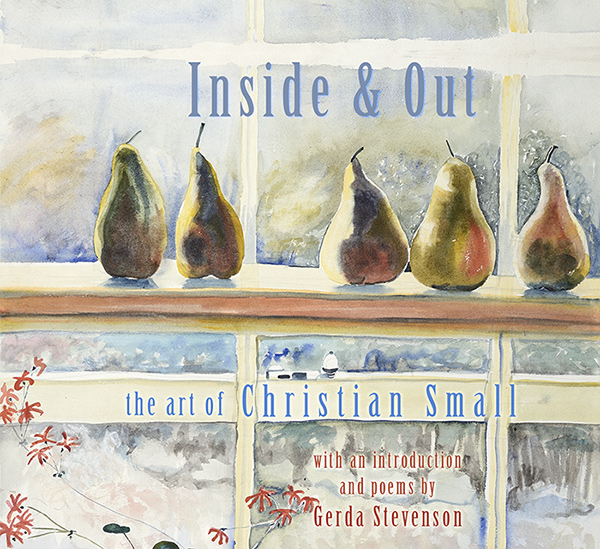 2012 - SKELETON WUMMAN - an original monologue for theatre, with musicians and interpreter for the deaf - Traverse Theatre, Edinburgh International Fringe.

2011 - SECRETS – a two part original drama on the subject of prostitution for BBC radio Scotland.

2005 - dramatisation of THE GOWK STORM, a novel by Nancy Brysson Morrison, BBC Radio 4.

2004 - dramatisation of Agnes Owen’s novel FOR THE LOVE OF WILLIE, BBC Radio 4. 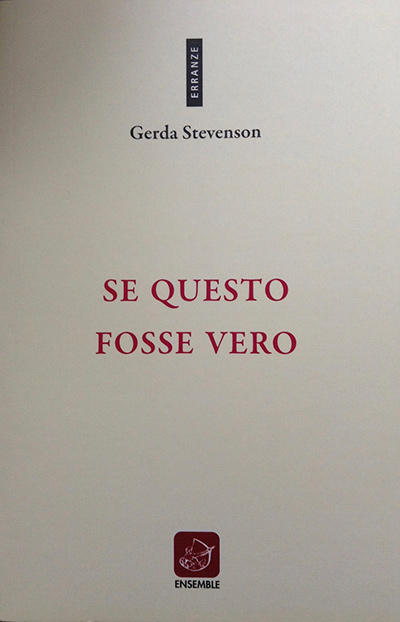 Gerda has run many writing and story-telling workshops in schools. 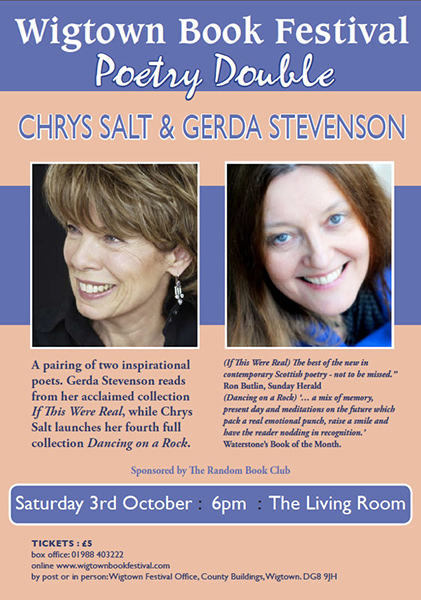 “…Gerda Stevenson diving straight off the deep end, into uncharted seas. Stevenson’s wonderful 25-minute theatre-poem Skeleton Wumman, featuring one actress and two on-stage musicians, is a monologue for a rickle of bones lying on the seabed, long dead, but somehow still able to think…a remarkable story, inspired by native American tales as well as by Scotland’s huge tradition of sea stories…its strange, ecstatic ending leaves the audience gasping, with the power of its poetry and storytelling.”

THE BIG ISSUE, 2010 ****
“The play’s strength is its ability to straddle the personal and political, public and private. Balancing sorrow and comedic timing assures we linger on nothing for too long...we truly sense the acute intensity of their emotions. The last scene is literally and figuratively one of transcendence.”

FRINGE REVIEW, 2011 ****
“A profoundly moving and genuinely funny meditation on grief and loss as Flo and Jimmy, a couple in late middle age find themselves both united and divided in mourning: “Who’s Afraid Of Virginia Woolf” transferred to a Scots sitting room…Federer versus Murray is a truly joyous, tearful and thought-provoking piece of work and I urge you to see it while you can.”

FEST MAG, 2011 ****
“Federer Versus Murray is a brilliantly powerful, evocative, humane and funny exploration of loss, grief and isolation within the confines of domestic family life. It's a beautiful study of both human fragility and strength, told through the lives two very unextraordinary people and featuring great performances from leads Gerda Stevenson (also the playwright) and Dave Anderson.”

NRC HANDELSBLAD, August 2011 (Netherlands)
Edinburgh offers an overwhelming variety of comedy, drama, pop music and theatre events. At the Fringe Festival in Edinburgh the comedians showcase their own disasters to make us feel better, but for a critical approach you need the theatre.
By our editor Ron Rijghard:
“…the critical approach can be found where it has always flourished: on the stage.  The play Federer versus Murray is a Virginia Woolf for the Scottish working class.  The long-standing couple Flo and James have slept apart since their son Joe was killed in Afghanistan three years ago.  They have never spoken of his death.  The dam bursts during the tennis match of the title as author Gerda Stevenson skilfully weaves the pros and cons of war into their verbal battle.  James feels that his son died for nothing, for the greed of the Western countries that legitimise the heroin influx by making deals with local warlords.  Flo still believes in the moral justification of the war and hopes his death is part of something good.  ‘Hope’s a drug, Flo’, he tells her. ‘An addiction. All it does is make ye sleep-walk.’ ”

PENTLANDS AT WAR, a community play:

THE SCOTSMAN, 2006:
“Triumphant...beautifully co-ordinated, directed and co-written by Gerda Stevenson...the stories' deep local roots give a fine edge of unpredictable detail. The quality of the staging was at least as impressive as the writing and structuring of the script.”

PEEBLESSHIRE NEWS, 2006:
“A living history, both social and military.”

THE HERALD, 2004:
“We've recently had a hugely affecting version of Agnes Owens' FOR THE LOVE OF WILLIE, adapted by Gerda Stevenson.”  Chris Dolan, The Herald, April 17th, 2004.

SCOTLAND ON SUNDAY, 2003:
“Thank goodness for the 15 minutes per day of sheer enjoyment provided by this week’s Woman’s Hour Drama (weekdays, Radio 4, 10.45am). It’s an adaptation of SELF-CONTROL, by Mary Brunton, 1810, and it deals with the powerlessness of women in the 19th century, via the mechanism of a bodice-ripping romance. Marvellous.”